They say that “the Blues doesn’t come from any one place… It comes from your heart and soul”.

This sums up the free spirit of the Blues; it cannot be chained down to a certain time and place. Having said that, it’s nice to take a look back and discover how it took shape and became the style we all know and love. 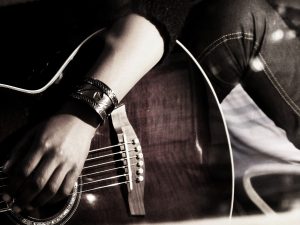 Many agree that the roots lie in African folk music, with the basic musical structure and bluesy characteristics present in these ancient songs. However, this seed of a musical idea didn’t really begin to take shape until it found its way to America.

Fast forward to the late 19th century and the Mississippi Delta, a place that thousands of former slaves now called home. Long before any sheet music was written down, an oral tradition of working songs, based on ancient African music, laid down the basics of the twelve bar blues. The classic call twice and response vocals were born in the fields, to the rhythm of the backbreaking work.

As time went by, many field workers took up the guitar and harmonica, playing for anyone who would listen. From tent gigs to circuses, these new bluesmen were spreading and shaping their music all over the Deep South. Sadly, most of these performers took their music to the grave, but the spirit lives on to this day.

Bluesmen were soon rife and performing anywhere they could, with their travels often taking them to rowdy bars, juke joints and brothels. It was in these wilder environments that they had to adapt their music further to suit the audience, adding a vigour to the blues that would soon help define it as a genre. Indeed, the Blues was becoming far more than a solely melancholic sound, with upbeat tunes lifting the spirits of plantation and factory workers.

So how did this improvised music makes its way to the general public? Check back soon as we discuss the founding figures of the Blues.