Having had a look at the origins and evolution of the Blues, it’s time to delve back into the past and find out about the movers and shakers that spread the word and caught the attention of the public. The list of Blues legends stretches far further than I’m willing to write down, but it can only really start with one man.

W.C Handy; The Father of the Blues

Former teacher turned talented musician, William Christopher Handy soon became band leader for Mahara’s Minstrels, a travelling show touring the countryside. They would entertain the public with their music, dance, acrobatics and a variety of other side shows. As leader of the band, he was free to experiment and soon expanded on the simple folk songs he’d grown up with. 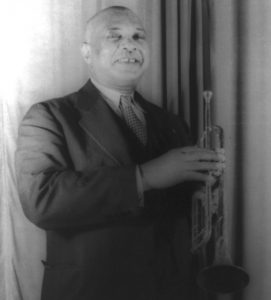 It was while waiting for a delayed train during his time touring with the Minstrels, that he discovered the raw, heart and soul of the music that would become the 12 bar blues. He heard a man playing a three chord progression on a guitar, using a knife blade to slide up and down the notes characteristic of the Blues. He was singing his sad song in a style familiar from traditional folk tunes, with two verses repeated over four bars, answered by a third line.

W.C Handy listened intently to this haunting song and started writing down the chord structure and the flattened “blues” notes used. The result was the 12 bars that we are so familiar with today. He later went on to record “Memphis Blues” in 1912, the first Blues song to be published as sheet music.

Handy gave the Blues a structure that could be replicated by anyone, and in doing so managed to spread the genre across the country. It’s worth bearing in mind though that many early bluesmen didn’t necessarily follow this set structure, instead changing chords whenever it felt right, and if the words didn’t rhyme, no worries!

It cannot be denied however, that his structure has lived on and can still be heard in popular music today.