Anyone who is just getting into the Blues is rather spoilt for choice when it comes to albums to buy. In fact, with such a long, rich and varied history, it can be really difficult to decide where to start. With that in mind, let’s take a look at some of the best Blues albums for beginners.

If you want to go way back and discover some of the earliest Blues recordings, straight out of the Mississippi Delta, this is an essential album. It’s a collection of Robert Johnson’s recordings from the 1930’s, before he sadly passed away at the age of 27. While it may seem a little dated compared to what you’ve probably been listening to, it’s worth listening in. This is the music that laid the foundations for modern rock music, and is packed full of beautiful, melancholic imagery.

There’s nothing more welcoming for a new fan than a “best of” compilation, and this anthology of Muddy Waters’ best works is a great way to introduce yourself to the Blues. The earlier records showcase amplified electric guitars, which paved the way for rock and roll artists such as Elvis and Buddy Holly. You’ll no doubt recognise more familiar songs such as “Hoochie Coochie Man” and “I just want to make love to you”, while getting to grips with some of his earlier material. It’s a fantastic album that shows off how the Blues progressed over the years. 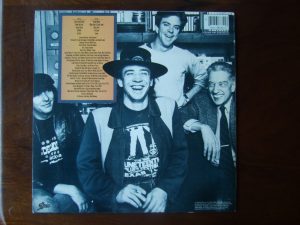 With a more up to date sound this is a fairly easy album to get into, packed full of old bluesy riffs. With a big nod to Blues legends such as Chuck Berry, Muddy Waters and Howlin’ Wolf, it showcases everything that Blues music stands for. Reckless guitar riffs and wild solos, paired with classic lyrics and chord progressions, it awoke a new generation to the sound of the Blues, at a time when Blues music had all but fallen off the radar.