It’s a fact that the Blues have had a huge influence over a wide range of musical genres over the years and indeed to this day. What a lot of us aren’t so aware of however, is that a lot of our favourite songs are actually covers of old Blues classics. Here’s a rundown of some the most well known songs we never knew were Blues classics.

The Rolling Stones, Love in Vain

A wonderfully bluesy song fantastically recorded live and stripped down by the Rolling Stones, it was originally recorded by the legendary Robert Johnson in 1937. His original has been described as devastatingly bleak, while the Stones’ cover offers some hope!

A hugely popular hit for Ram Jam, this one was first made famous by Lead Belly in 1939, however it goes back further even than that. It’s originally thought to originate from an 18th century marching song, with Black Betty thought to be a musket.

The Doors, Back Door Man 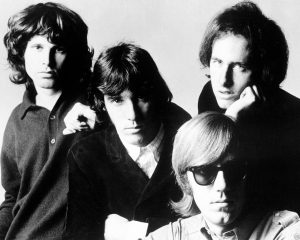 A hit from the Doors’ debut album, and one that got everyone moving, it was first released in 1961 by Chicago Blues Master, Howlin’ Wolf.

Led Zeppelin, You Shook Me

A fantastic song that showcases the distorted slide guitar prowess of Jimmy Page and the pained, psychedelic vocals of Robert Plant. It was actually recorded eight years earlier by Muddy Waters.

Nirvana, Where did you Sleep (My Girl)

Famous for being the last song Kurt Cobain ever sang, this wonderfully simple, hauntingly sad song is a pure Blues classic. But it was first recorded in the 1940’s by legendary Blues musician Lead Belly. However, it goes back even further than that; this traditional American folk song dates back to around 1870, though the exact origins are unknown. Also known as “in the pines” and “black girl” it’s a timeless song that has been recorded by many artists over the years. Nirvana play tribute to Lead Belly’s recordings, keeping to the same lyrics, chord progressions and timings.